My name is Karma...and yes, it’s my job too. Since I was eighteen, I have used my powers to deliver karma to those in need like... 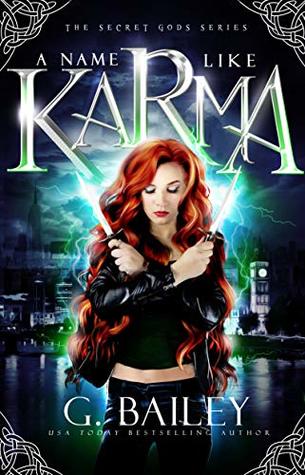 My name is Karma...and yes, it’s my job too. Since I was eighteen, I have used my powers to deliver karma to those in need like all of my other family do. Only they are much better at it.

I deliver much needed karma to both good and bad humans, but mainly the bad as it’s more fun. The only rule of the job? Don’t talk to the other gods, especially not the powerful ones, and definitely don’t accidentally kill one of them... whoops.

Now the twin gods of justice are after me, and not even my family can save me now. If I’m caught, it will be a one ticket pass to the gods re-correction prison. It’s a place where more than mere gods are locked up and no one ever escapes.

Even gods can’t escape their fate...but they sure can try to run. RH romance 17+